To honor the efforts, strengths, and grit of student athletes who have endured rigorous training for years, the MHS Athletics Department handed out the NHIAA 3 Sport Athlete Award to seven seniors. 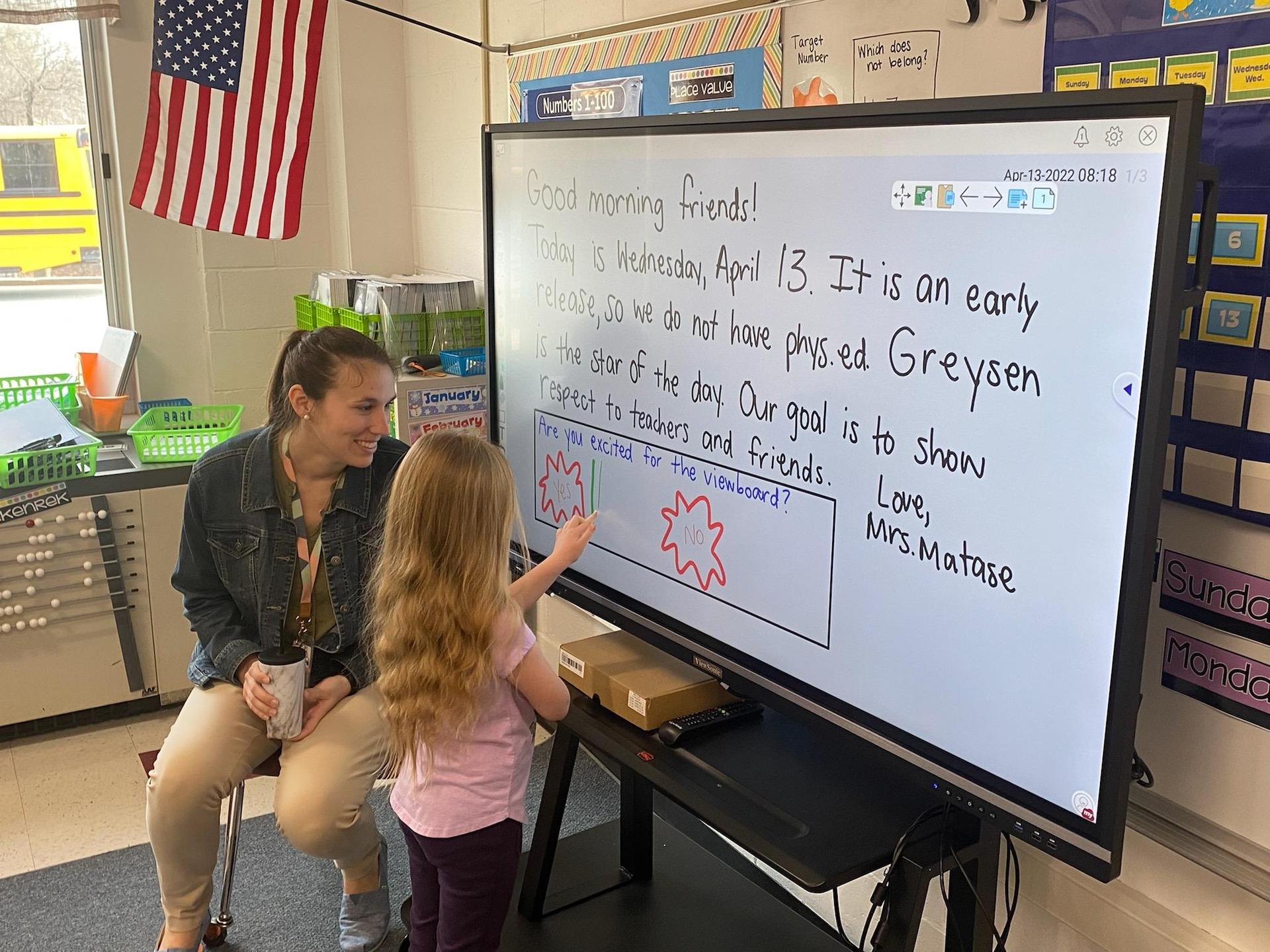 Milford, NH - To replace the aging smart boards and projectors, the Milford School District has recently adopted a future-oriented smart education solution that improves teaching and learning in our schools. These Viewsonic boards deliver incredible interactive capabilities for 21st century classrooms. Featuring huge touchscreens, ViewBoard displays let multiple users write, edit, and draw onscreen for dynamic presentations and creative brainstorming.  The IT staff are currently working hand-in-hand with the Building and Grounds staff in setting them up in various locations all throughout the school district.


MHS Hands Out Awards at the End-of-the-Season Banquet


Milford, NH - Our very own Dan DeBernando took the title "Champion of Champions" for this year's Division 2 and State Wrestling. From the MHS Wrestling Awards Banquet held March 16th in the cafeteria, these are photos courtesy of Danielle DeBernardo. 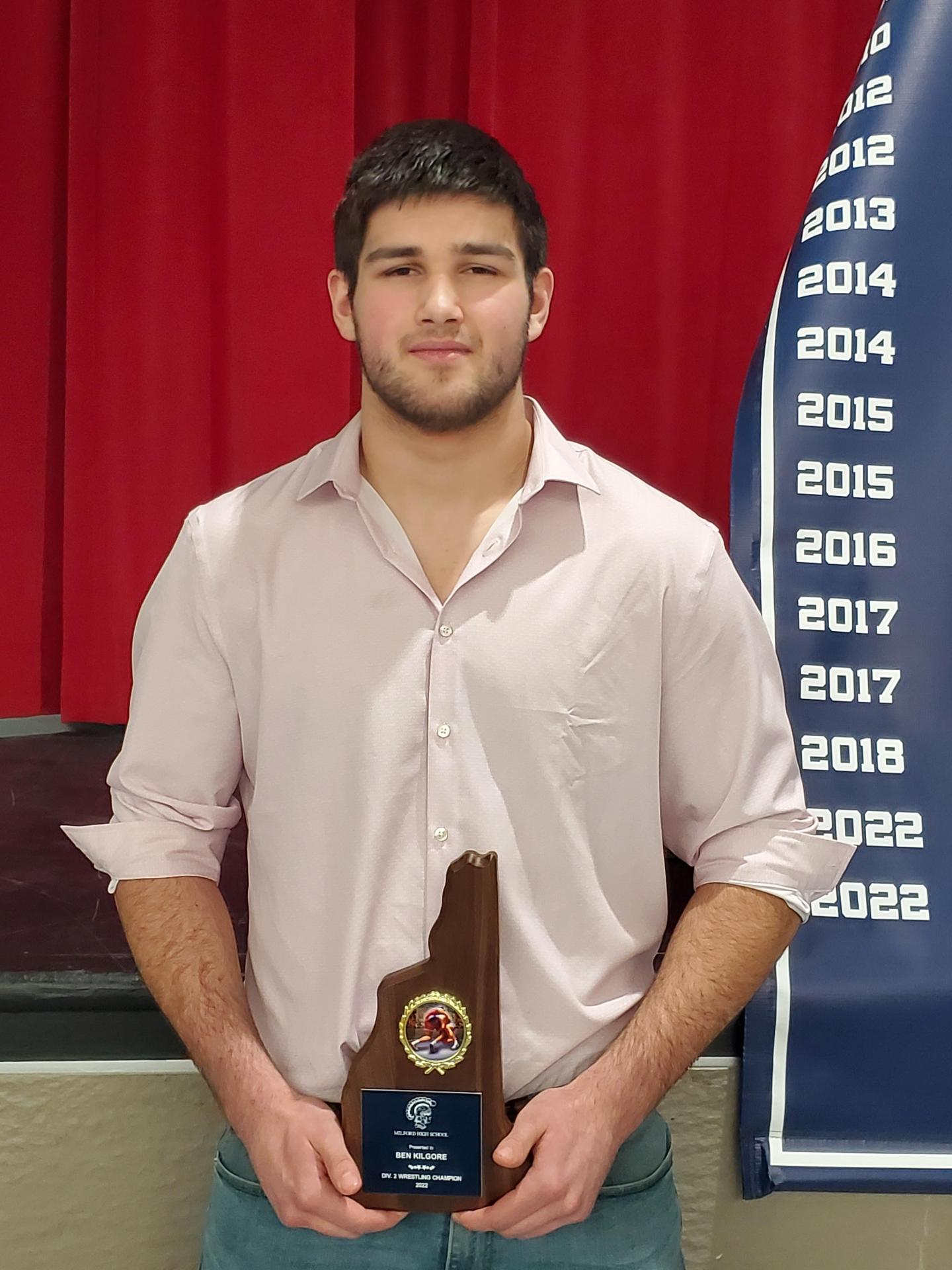 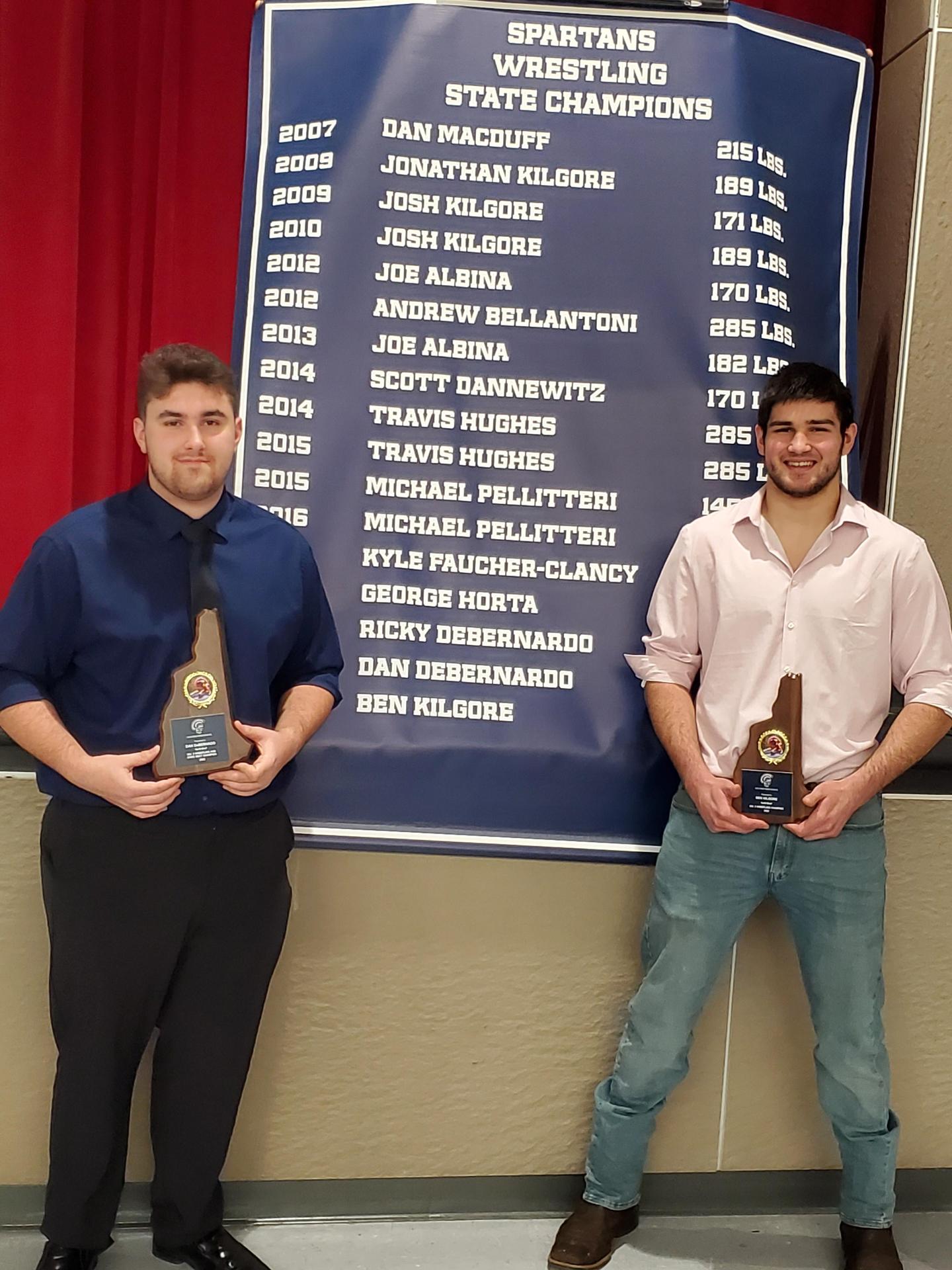 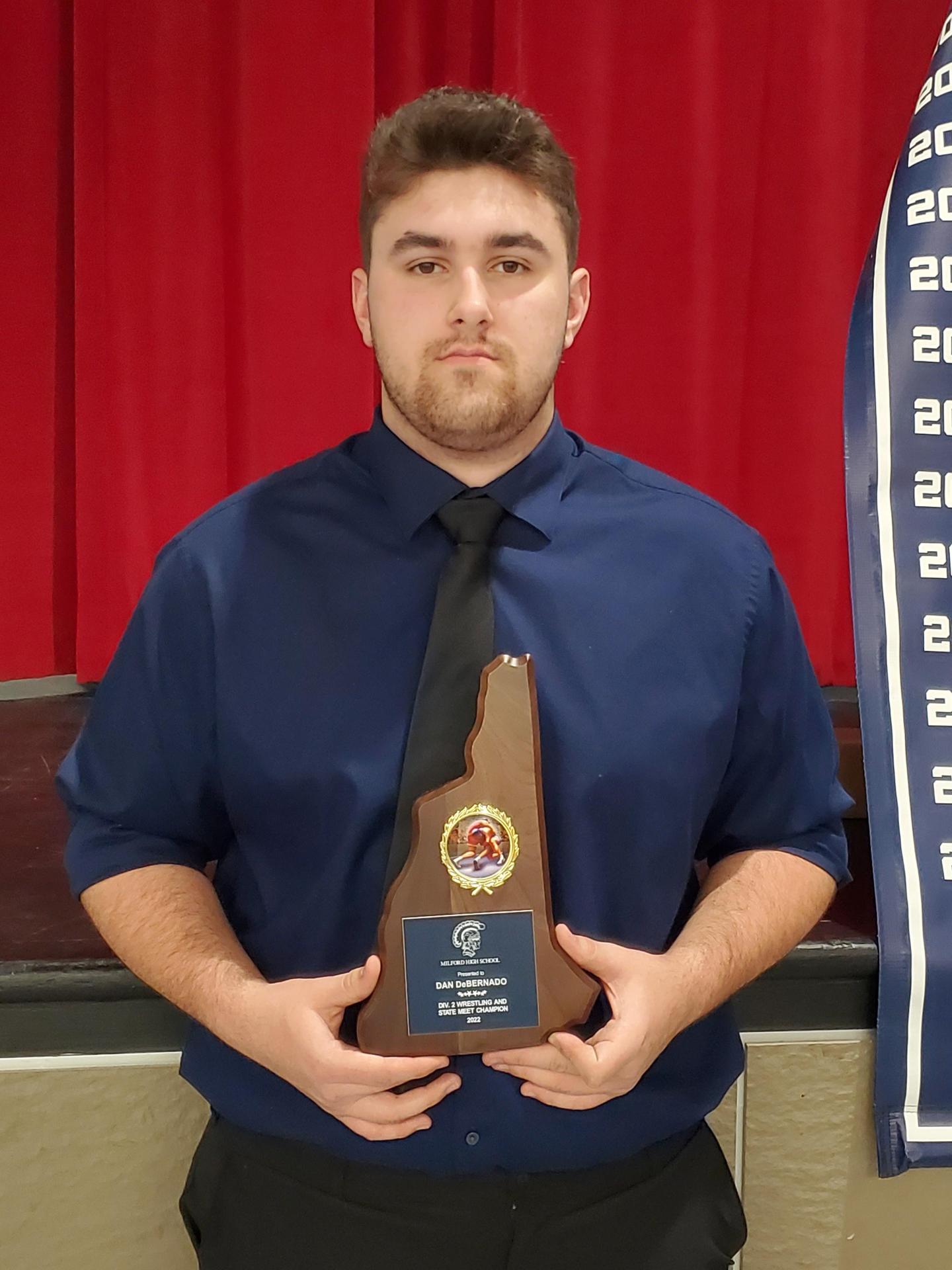 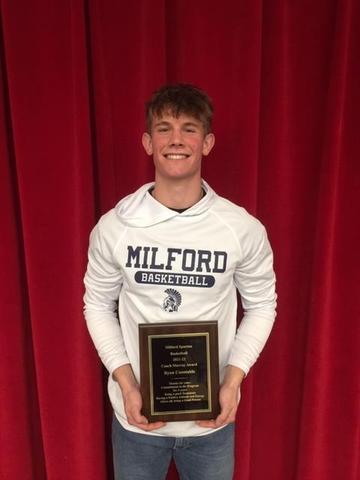 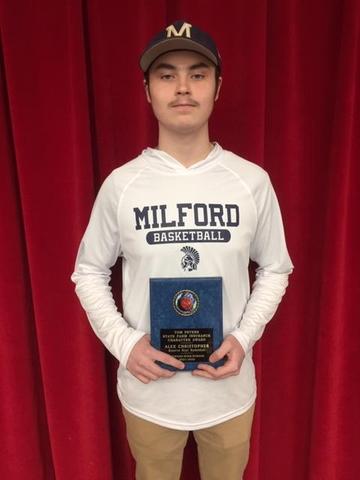 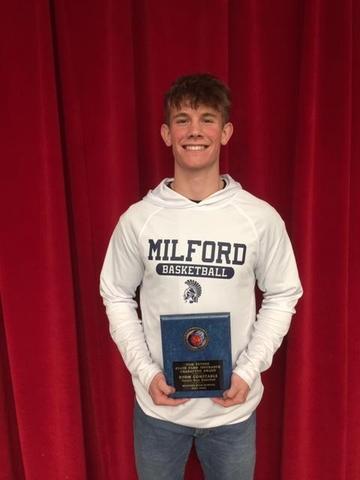 For the Girls Basketball Awards, student athletes, coaches, family and friends gathered in the cafeteria on Wednesday night, February 23, 2022 .  Plaques, certificates, and Varsity letters were given out to recognize the commitment that all the student athletes have put into the Varsity and Junior Varsity Teams. 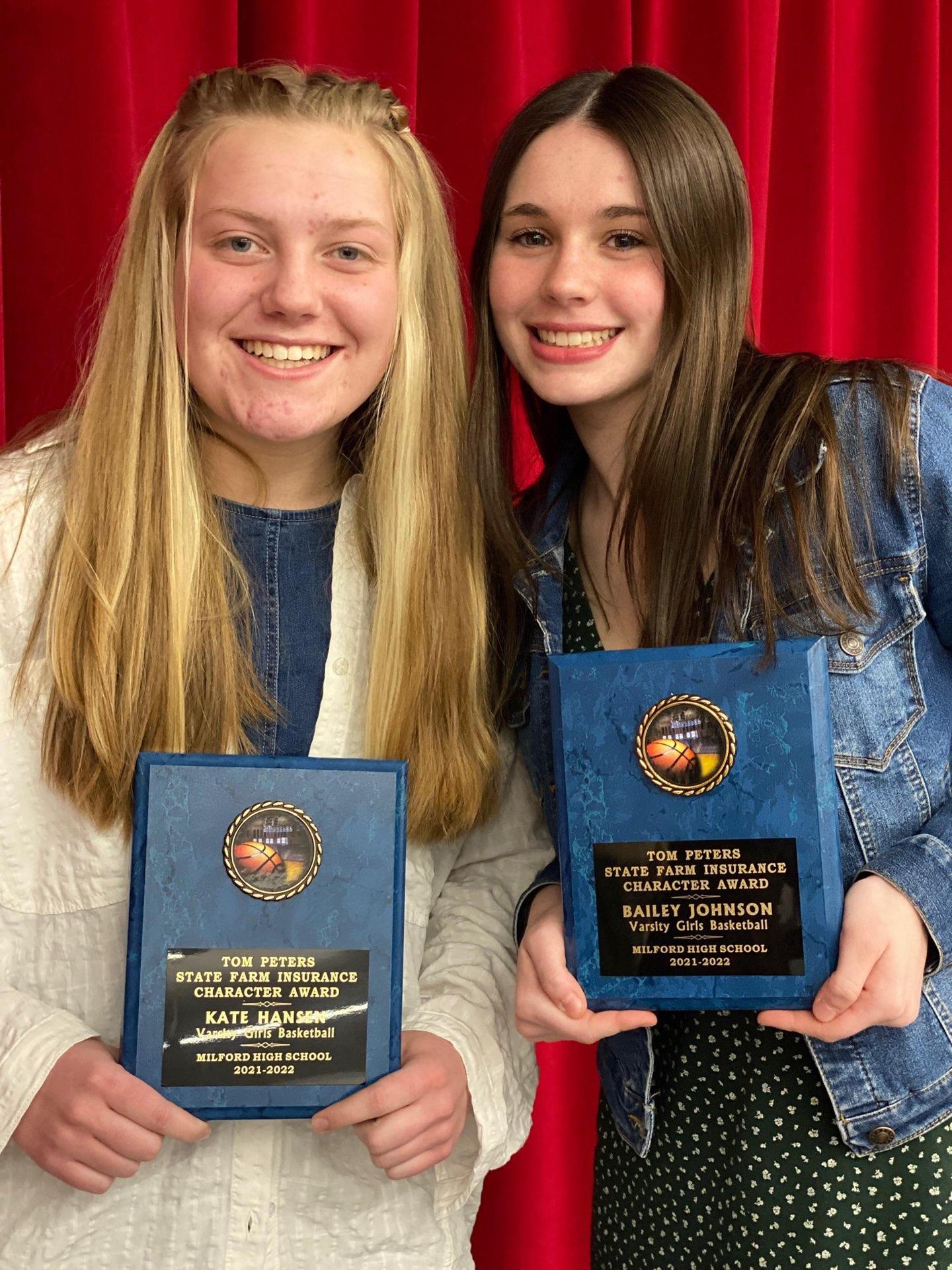 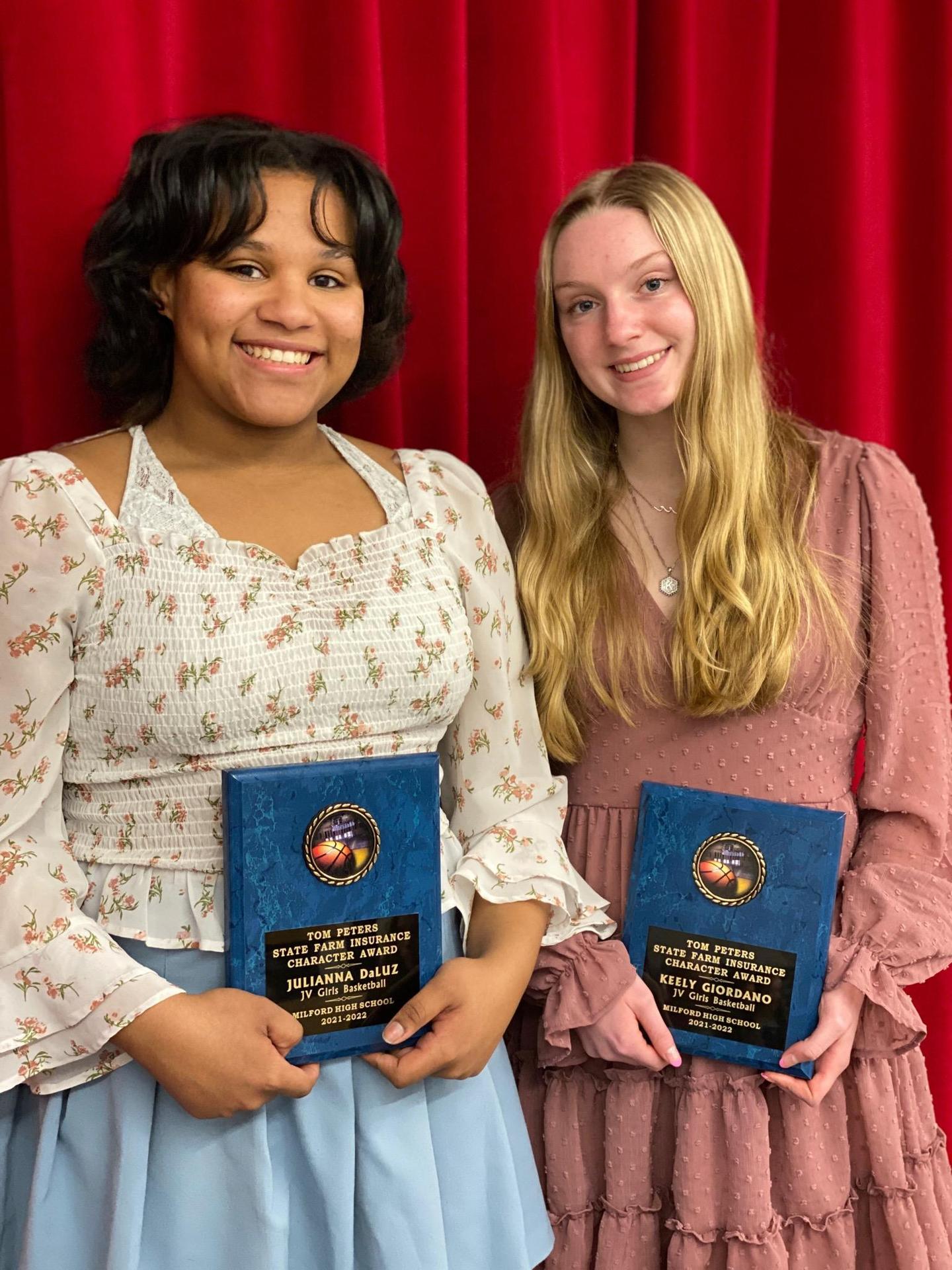 The Milford Swim team also held its end-of-season awards banquet on Wednesday, February 16, 2022 in the MHS Cafeteria. This was a special way to recognize and honor the tremendous effort of the team and the graduating senior class.  Coach Nancy McManus gave out certificates, Varsity letters, and plaques to student-athletes. 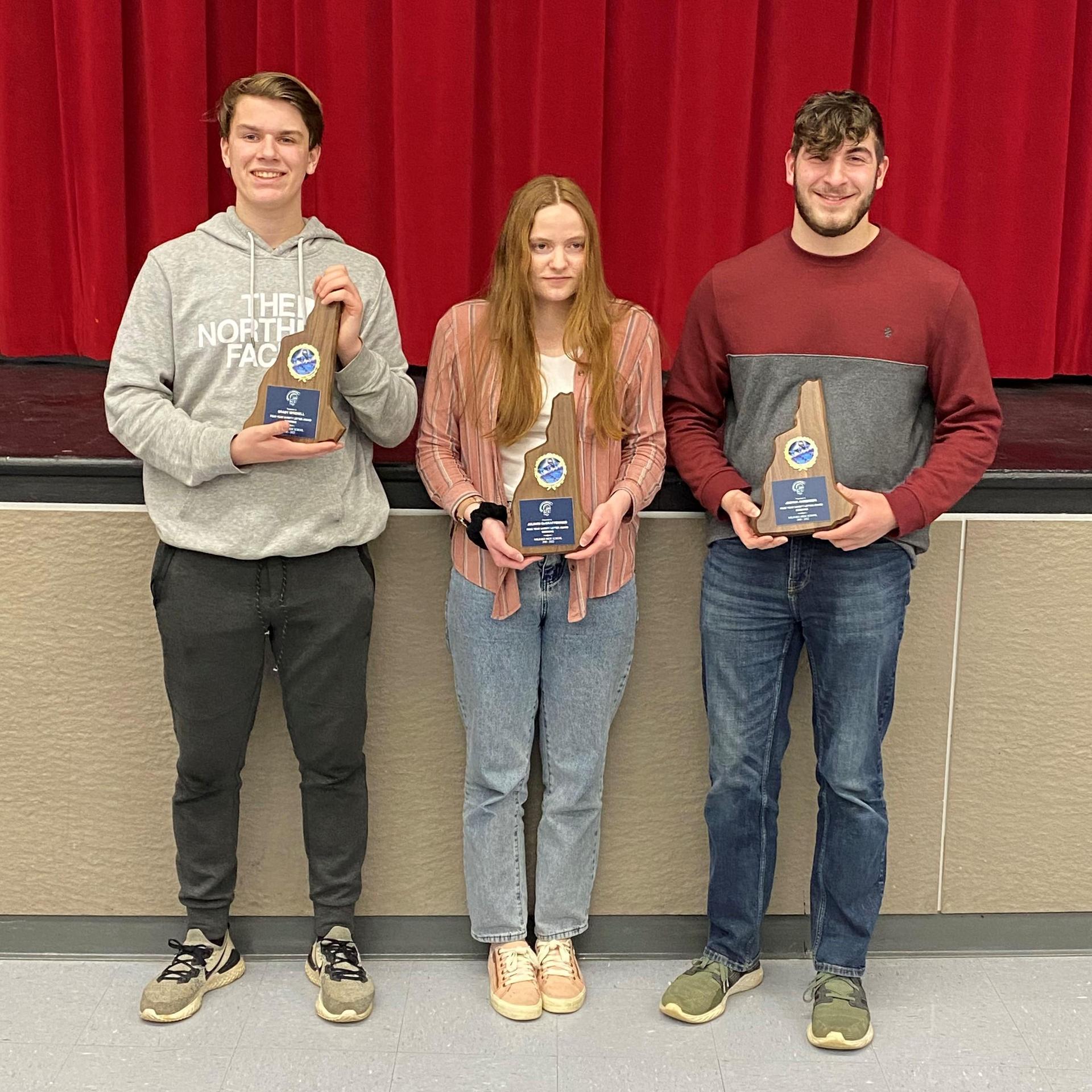 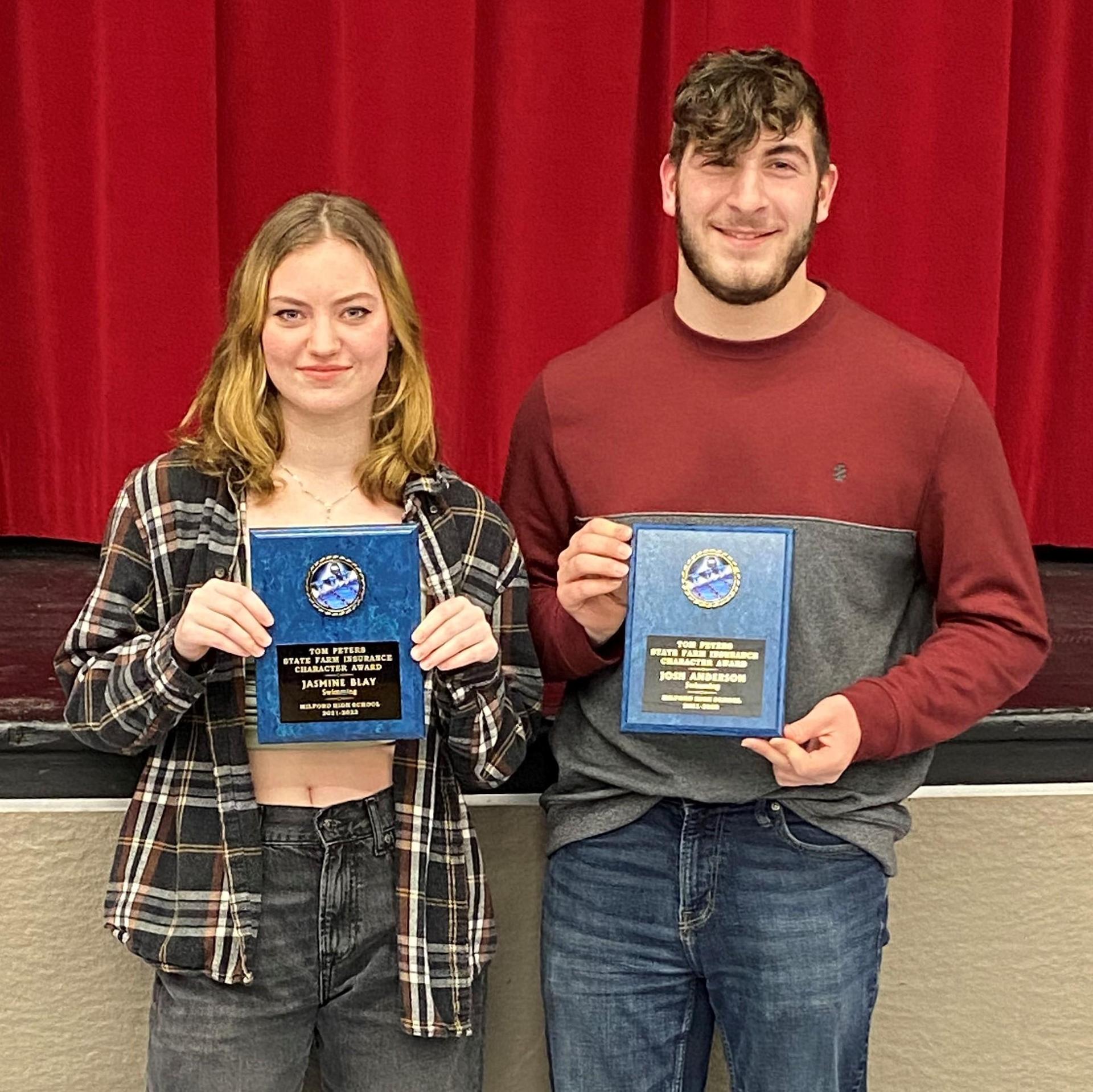 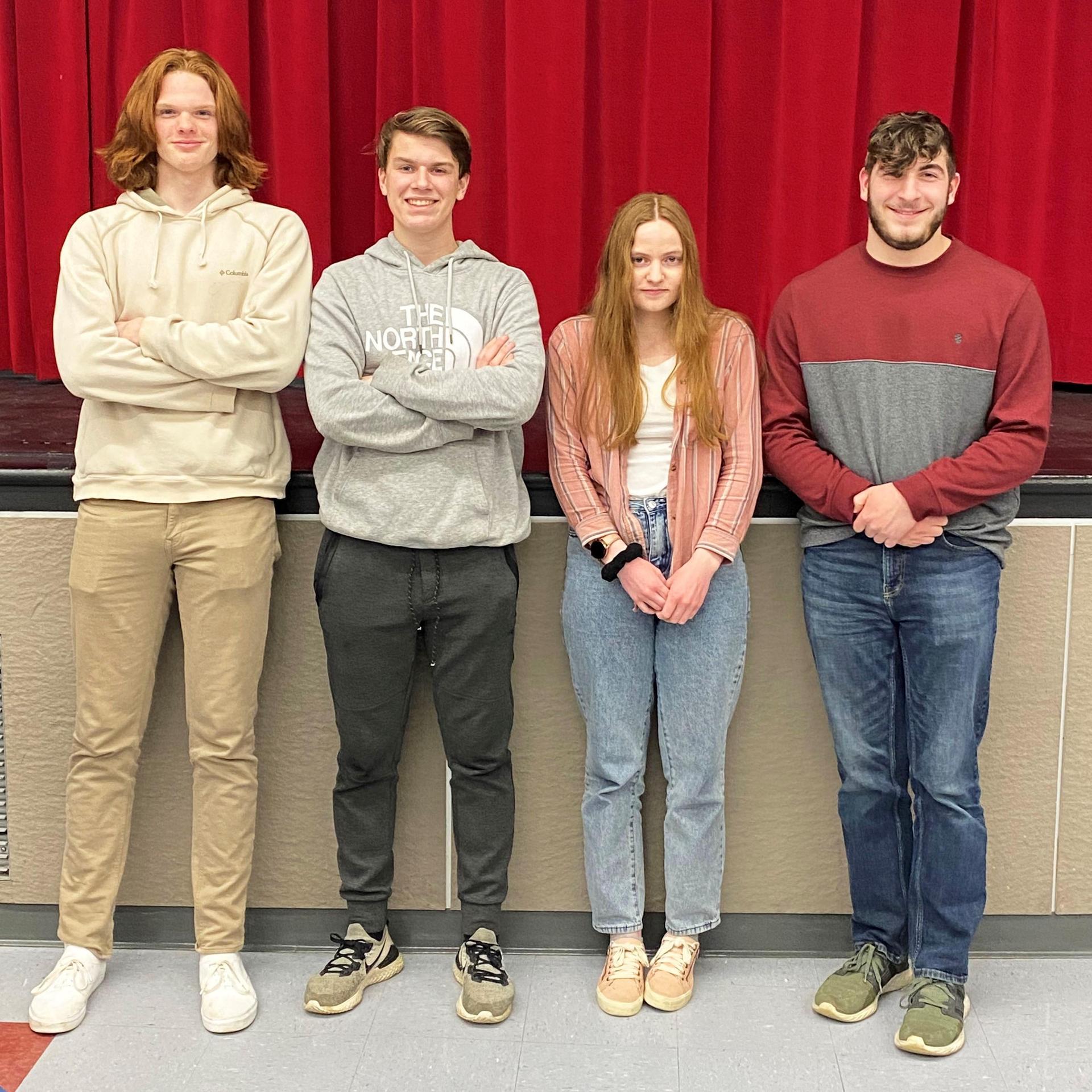 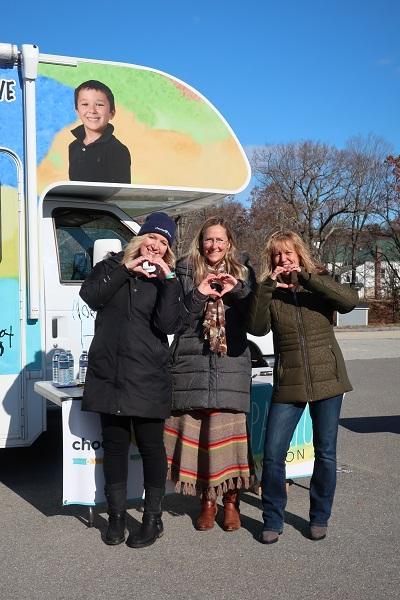 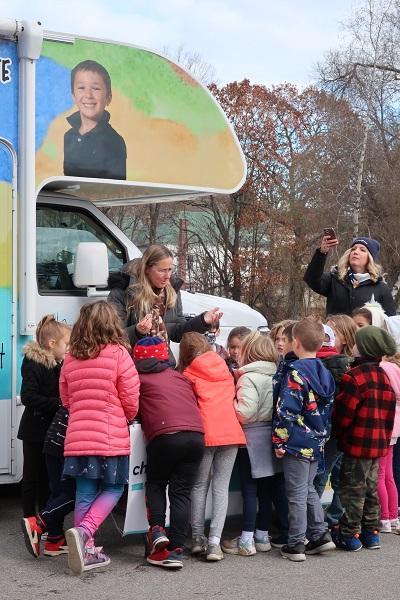 
How It All Began


Nine years ago, many innocent children at Sandy Hook Elementary School were killed in a horrific school shooting.  One of these children was six-year old Jesse Lewis whose mother, Scarlett Lewis, started the Jesse Lewis Choose Love Movement.  This movement sparked conversations about kindness, compassion and forgiveness in small local communities which later on spread through social and mass media. Throughout these years, Scarlett Lewis has been devoting her time advocating for social-emotional character development learning in schools to empower both children and adults emotionally, mentally, personally, and socially.


Because essential life skills and tools make students become better learners, more desirable employees and happier, healthier human beings, the Jesse Lewis Choose Love Movement is committed to getting such training into as many schools around the world as possible for free. In 2018, New Hampshire became the first state to officially adopt and support Choose Love.


Choose Love is a program for Pre-K through 12th grades, designed to teach students, educators and staff how to choose love in any circumstance thereby creating a safer, more connected school culture. Schools can either teach the lessons in a separate SEL class or weave them into regular academic subjects.


Choose Love doesn’t track how many schools have embraced its curriculum but it has been downloaded by more than 500 schools in New Hampshire alone, and by countless others in all 50 states and in 111 countries.  The Milford School District therefore recognizes its pivotal role in helping the students to always be kind, be grateful, be courageous, be compassionate, and above all, to Choose Love!